Nano-One® is not only an exceptional product processed with rigor… It was also scientifically tested, (Laboratory Testing), and practically, in real conditions of use (Field Testing).

Thanks to Nano-One®, motor oil lasts (much!) longer!

Thanks to friction reduction and nano-polishing, wear particles are in much smaller numbers, and the motor oil therefore remains clean for a (very) long time.

Nano-One® was tested by the prestigious TÜV, in Germany, in order to check and measure it's positive influence on friction and wear through motor oil analysis.

As a result, TÜV-Rheinland certified it's outstanding efficiency.

After a simulated road run test of 25,000 kms, (according to ASTM D5185, et DIN 5196-1 testing protocols) the decrease of wear particles (measured in of mg/liters) speeks by itself.

Compared to benchmark sample, the Nano-One® treated engine's motor oil was measured cleaner by an average factor of 3,3!
This is the scientific proof that Nano-One®, reduces friction & wear by spectacular factors.

Some of our clients went even further, and noticed it was possible to space oil changes intervals, far beyond manufacturers recommendations.

On city busses, where engines work in hostile conditions (rear positioning, poor cooling, interspersed journeys, …), it was possible to extend motor oil life from 25,000 to 75,000 kms! 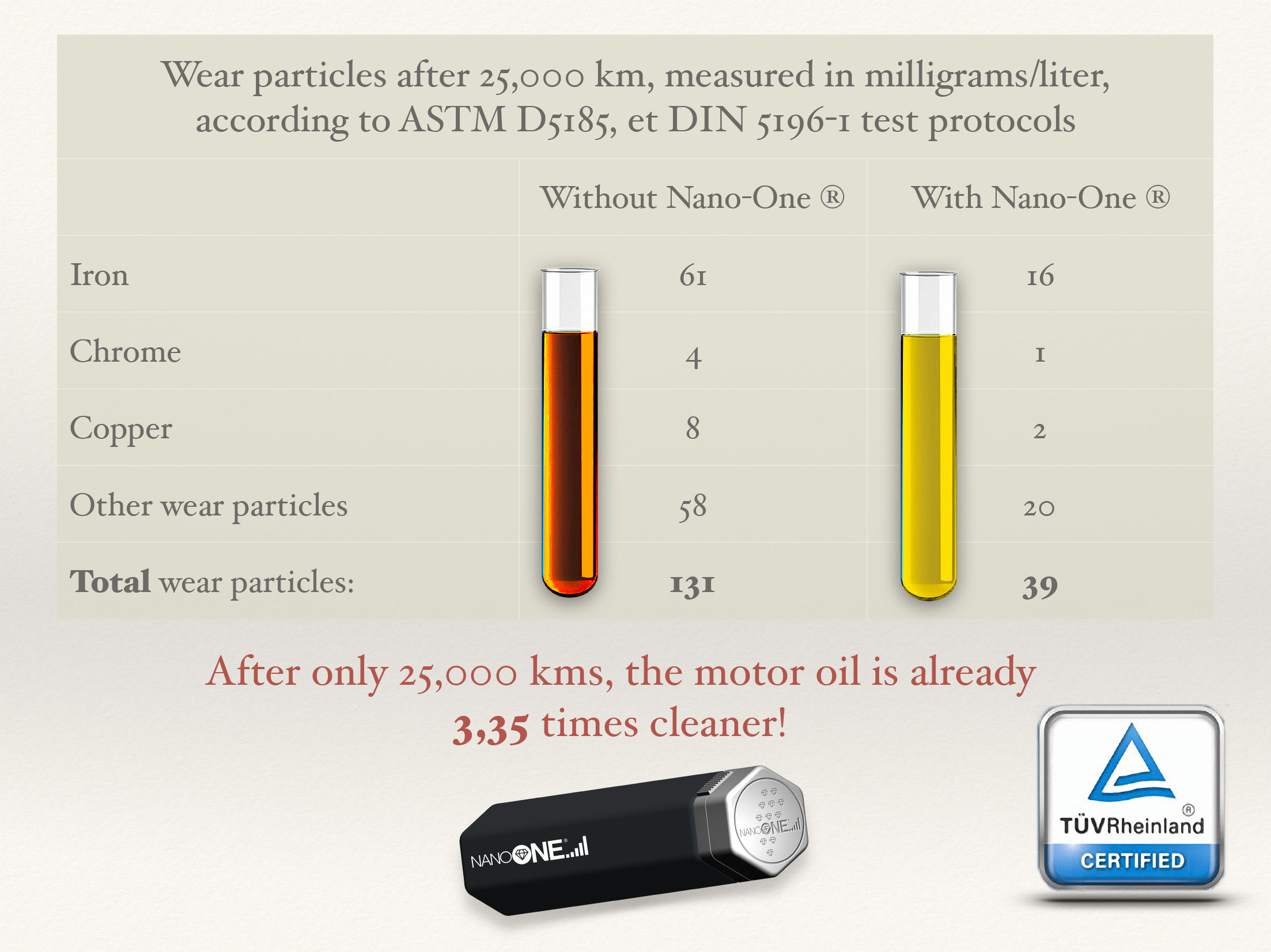 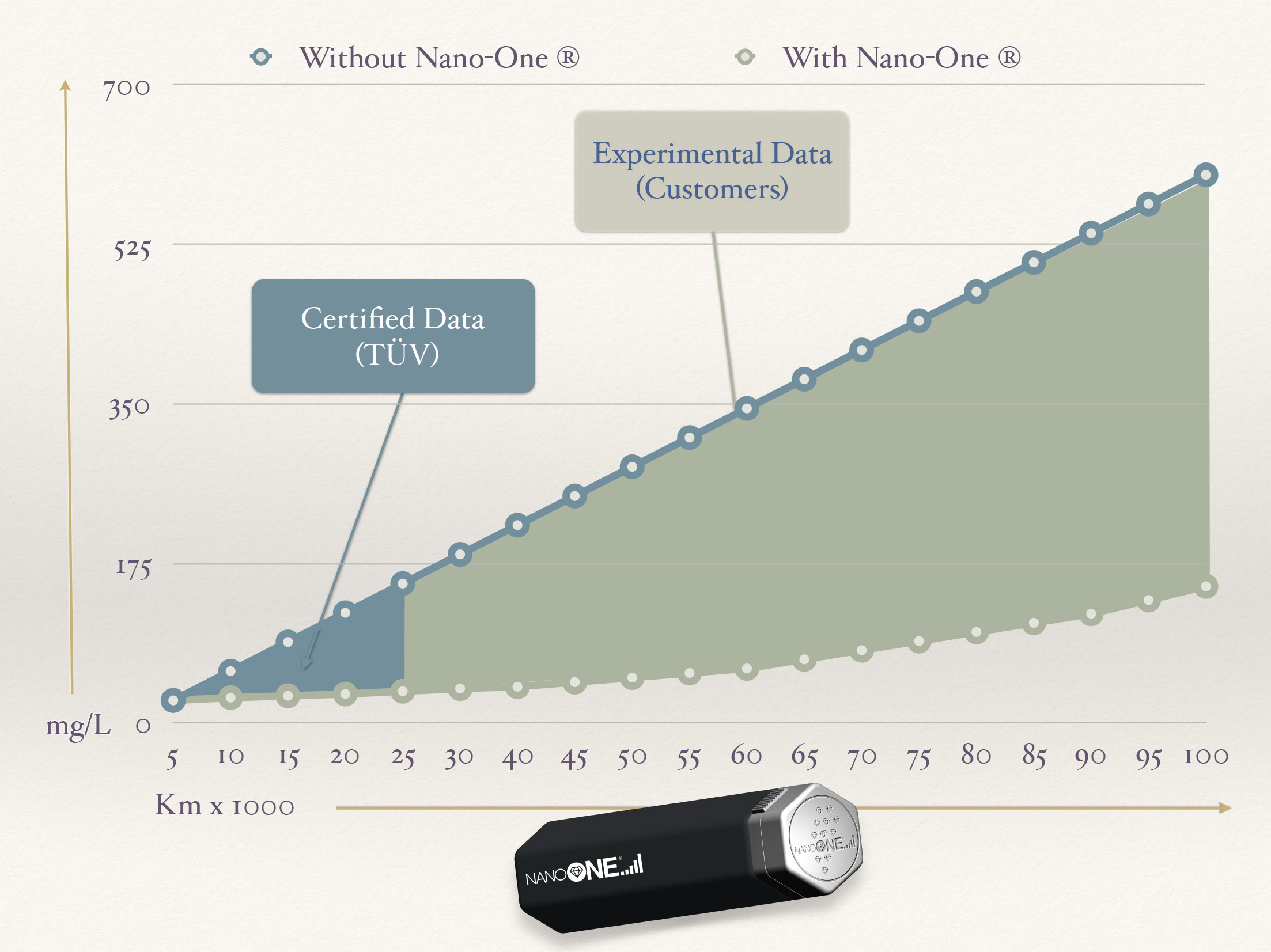 Thanks to Nano-One®, engines work (much!) better!

On a power test bench, with a HORIBA analysis bay, the engine was powered during 20 and 40 hours, in the following conditions:

The purpose of this test series was to check and quantify Nano-One®'s progressive influence on various engine parameters, such as, namely:

After only a few hours, There was a spectacular improvement of the following parameters:

With Nano-One®, drivers are happy!

Nano-One® was and still is tested by numerous drivers in real life traffic conditions, on various roads, in various cities, around Europe, and with diversified vehicles.

The common point between all these test users, consists of this voluntary approach:

All users reported significant improvements after a while, coomprised between a few hours, to several weeks.

The engine behavior improvements most often pointed out, are the following

Some others noticed their engine had become more silent, more flexile…

And you, what are you going to say, about Nano-One®?

Do you have the pioneering spirit of true Nano-One® enthusiasts? Would you like to take advantage of the many advantages of our "Nano-One® VIP Club"? Then register now!